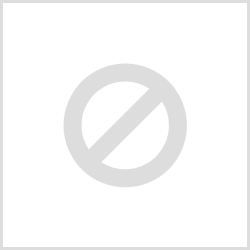 On March 27, 2020, the Mexican government published the amendment of NOM-051, which contemplated, among other things, Article 4.1.5, establishing the restrictions on the use of “childish characters, animations, animated cartoons, celebrities, athletes, or pets, interactive elements, such as visual-spatial games or digital downloads, which, being addressed to children, incite, promote or encourage consumption, purchase or choice of products with excess of critical nutrients or sweeteners” and on products that have one or more warning stamps, aimed at children under 12 years old, and promote the products’ purchase or consumption.

This prohibition entered into force on April 1, 2021, and a number of legal actions were subsequently brought against NOM-51 on the basis that it violates different fundamental rights of the food and non-alcoholic beverage industry.

In its decision, the Eighth District Court stated the following considerations:

1. Mexican standard regulations are created for the sole purpose of establishing technical and operational aspects for specific matters, with the purpose of achieving the effective application of laws and regulations, and the same cannot affect areas reserved to laws, so the same must respect the reserve of law and hierarchical structure of the legal order.

1.2. The objective of NOM-051 was to establish an easy and understandable nutritional labeling system for processed food and non-alcoholic beverages, focusing on operationally and technically detailing the way in which nutritional information should be presented to consumers.

Consequently, Article 4.1.5 bans the use of registered trademarks duly protected under the Mexican Industrial Property Law, which is hierarchically superior to a standard regulation and cannot be subject to such restriction or prohibition.

In summary, the court concluded that Article 4.1.5 of NOM-051 violates the principle of reserve of law. It decided to grant protection to the company that raised this action and mandated that this article be disincorporated in its legal sphere. As a consequence, the court permitted the plaintiff to reinsert animations, as well as other trademarks, on its labeling and packaging.

This decision is not final. COFEPRIS (Federal Commission for the Protection of Sanitary Risks) and the Executive branch both appealed the decision. The Circuit Court or possibly the Supreme Court (which can choose to take the case) will resolve the matter by either confirming or rejecting this first instance resolution.