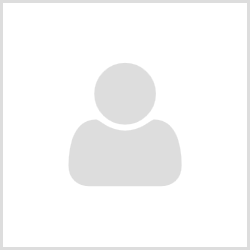 The government of the United Kingdom has set out arrangements in relation to International Registrations (IRs) protected in the European Union under the Madrid Protocol after the end of the Brexit transition period, from January 1, 2021.

It had been agreed in the EU/UK Withdrawal Agreement that such trademarks would continue to enjoy protection in the UK post-Brexit. However, the UK Intellectual Property Office (UKIPO) and World Intellectual Property Organization (WIPO) had been discussing whether the new rights to be created would remain within the Madrid Protocol regime, that is, as a designation of the IR, or would be independent UK rights.

Both the UKIPO and WIPO have issued guidance notes, which include the following key points:

INTA has published a dedicated paper on this issue, submitted to the UKIPO on March 19, 2018, stressing that, “Article 52 of the draft withdrawal agreement provides for measures to ensure that holders of international trademark registrations designating the European Union (EU) under the Madrid Protocol who have obtained protection in the EU for such international registrations before the end of the transition period will enjoy protection in the United Kingdom for their trademarks in respect of those international registrations after the end of the transition period.”